The prayers that compose the Rosary are arranged in sets of ten Hail Marys, called decades. Each decade is preceded by one Lord’s Prayer (“Our Father”) and traditionally followed by only one Glory Be, although some individuals also add the so-called Fatima Prayer (“O my Jesus”). During recitation of each set, thought is given to one of the Mysteries of the Rosary, which recall events in the lives of Jesus and of Mary. Five decades are recited per rosary. Rosary beads are an aid towards saying these prayers in the proper sequence:

The praying of the decades then follows, repeating this cycle for each mystery: 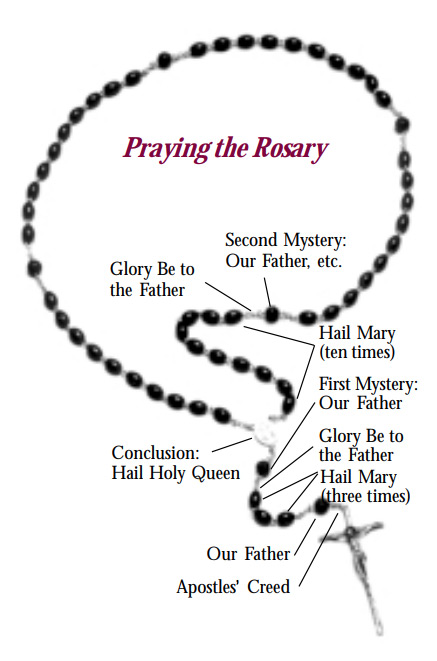